Global warming is born when civilization caused water to thrive. Rainfall in Thailand could possibly accelerate up to 30-year time higher than the average. Netflix documentary “Explained” showed 326 million and trillion gallons of water consumption is needed by increasing water consumption, industry, and agriculture. Even worse, climate change has made the water more erratic. Similar to 2010 and slightly similar to 2020, an effect of a higher temperature under the circumstances has surrounded the Indian Ocean phenomenon, including the sea in Southeast Asia, is known as Negative IOD; and the phenomenon of La Niña has been higher in Southeast Asia. Getting to know the cost of water in drought and flood are a great sign to at least a few but great opportunity to the world’s recovery. ​

World Meteorological Organization reports that natural disasters, including floods or heat waves, have increased fivefold in the past 50 years, killing up to 2 million people and costing $3.64 trillion in damage. Despite water inadequacy and floods; humans value water so little, dumping sewage into lakes everyday without recognizing our daily routine of consuming hundred gallons of water. For example, hamburger takes 1,650 gallons of water, or even coca cola, meat, and drinking water. Absurdly wasteful ways of consuming the water costs inadequate water scarce. Almost all geographical spots in Thailand have been damaged by heavy rains, leaving people sunk almost a meter under water. Water manage capacity is an urgent execution Thai government rushed into retaining for public utilities. IEAT mentioned Bang Poo Industrial Estate can retain 350,000 cubic meters of water – but more than 3x amount of flood hit an area that day. Another case study happened in Pattaya City after an overnight downpour left roads inundated. Troipical Storm Conson was the reason behind rains brought to most parts of Thailand. Criticism from Facebook of Pattaya lovers occurred in the middle of urging authorities’ responsibility, City mayor, Mr.Sonthaya Khunplue; whose next move would delayed unless 600 million baht drainage system still under construction is completed. ​ 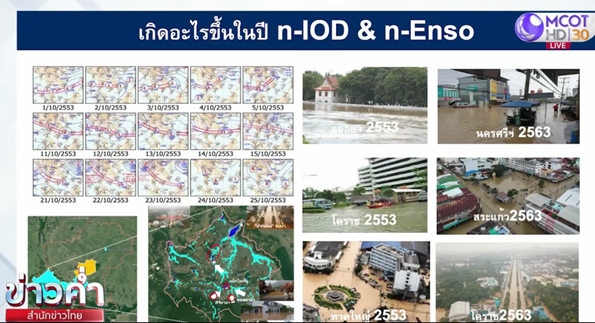 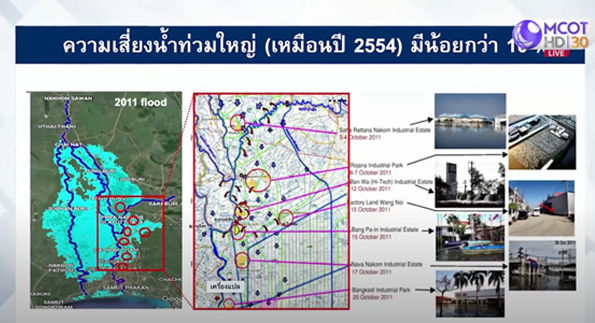 In the beginning of the 20th century, the main material used for pipes for stormdrainage system was concrete. Today, the factory has innovated polyethylene (PE) pipe into steel reinforced corrugated HDPE pipe. The non-pressured pipe SRPE (“PROPIPE”) flow’s velocity for drainage system by gravity was established to respond to citizen’s standard of living. Clearly, an example below depicts before-after site review between traditional and innovation storm drainage pipes. From the past month amid flooding crisis in Pattaya, our project site in front of Central Festival Pattaya beach on the beachfront side of the road showed a dry, unaffected flooded road from a better drainage system underground. Meanwhile, an opposite side of the road buried with the traditional concrete pipe was roughly flooded few centimeters above the ground due to the slower speed of flow rate and corrosion of joint connections between pipe sections. Negative impact from general point of view directly affected population’s convenience in transportation and economic impact of the city.  ​ 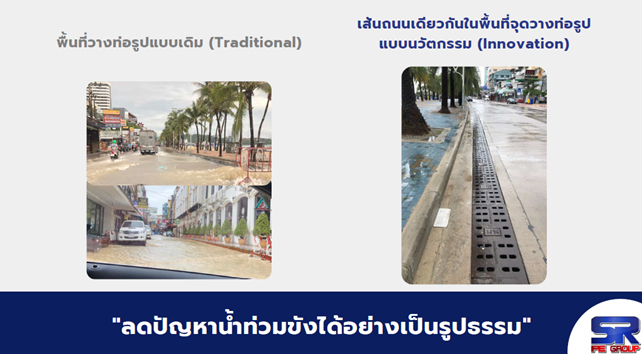 Like many manufacturers, it normally takes 2-year lifetime backed up by our guarantee in terms of consultation service regarding to the innovative pipe PROPIPE where most people find it new to learning cleaning, joint, and installation methods. Noted as well that piling is completely diminished from the process; only trench backfill could finish the whole project. We believe our potential is a part of long-term ability to prevent floods. Utilizing water infrastructure day by day, month by month, and year by year is the most vital favor returned to mother nature because clean water is treasure. It is the air we breath. Each of us will die in a few days without “water”.

World’s water crisis and the return of repeated flooding history in 2010 could be real.​